Using indexed universal life insurance for retirement income comes with a certain degree of skill and responsibility that shouldn't be overlooked. The liberty an agent or broker can exercise over assumed interest rates means that we need to seriously test our design and proposed ideas to ensure proper expectations as it relates to policy performance.

Unfortunately, this responsibility sometimes goes unchecked and a few bad eggs have presented and sold policies with lofty expectations that may one day become serious disappointments as it relates to the income producing capabilities of these products.

Remember–many people are looking to use indexed universal life insurance to create tax-free income at some point in the future by making use of policy loans. 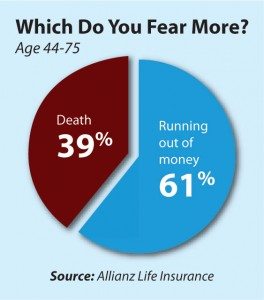 Indexed loans are a non-direct recognition style loan that allows the policyholder to take a loan without affecting the performance of the cash value that collateralizes the loan. We always have to keep in mind that when a policy holder takes a loan, they are not removing cash from their policy, they are merely borrowing money from the insurance company and using the cash value as collateral.

For example, one borrows at the loan interest rate (say 5%, which is completely random and intended for illustrative purposes only) and has the opportunity to take advantage of the indexing feature of the policy with the cash that supports this loan (caps up to 14% presently).

This means the policyholder could achieve a pretty decent positive spread between the loan interest they pay to the insurance company and the credited interest they earn on the money that allows them to take the loan.

It works–there have been plenty people with loans outstanding that paid less in interest than the interest earned on the cash value that backs the loan. Thus the “arbitrage” situation. Oh happy day when it works like it's supposed to.

But keep in mind the indexed loan provision comes with a flip side.

This could create a problem if the policy was designed with too high of an assumed interest rate.

When people make projections about indexed universal life insurance performance far into the future and assume indexed loans that maintain a large positive spread between the loan interest rate and the credited interest rate they are constructing a house of cards built atop sinking sand.

For example, we see far too many agents/brokers using assumed interest rates for indexed universal life insurance that are near or exceed 8% credited per year.

This is due largely to the “back-casting” that is done to substantiate these rates with insurance regulators. In other words, the insurance companies themselves back test the returns for their policies to prove that they will work in a particular way. Typically these backward looking scenarios cause people to get comfortable with an assumed interest rate that is too high.

There’s nothing inherently wrong with looking back as it relates to cash accumulation (the securities industry has been using backward looking hypothetical illustrations for years to project account balances for its products and this isn’t necessarily a flawed methodology).

However, when we want to make assumptions about streams of cash that are derived from the cash value it would be best to err on the conservative side of  projections. Our clients don't get a do-over 30 years down the road.

Too Many Things in Perpetuity are a Problem

The problem that arises is that while defaulted assumed rates are near 8%, loan rates are closer to 5% .

This sets the stage for a sustained massive positive spread in the policyholders favor, and while a large spread in any given year is certainly not rare, it’s unlikely to average out at such a high difference for an extended period of time.

As you will see below, changing the assumed rate by just 1% makes a huge difference in terms of projecting income.

Some numbers on paper will help articulate my point.

Using the proposal software of a specific insurance company due only to the fact that their software allowed me to do what I needed to illustrate my point (i.e. this is not an endorsement of this specific company) I’ve looked at a scenario where a 40 year old standard risk male places $30,000 per year into a policy until age 65 (or for 25 years).

After 25 years of making $30,000 annual contributions, we assume our hypothetical policyholder receives a maximum solved income from the policy until he hits age 100.

If I change the assumed interest rate on the policy from the default of 8.30% down to 6%–a number that we have expressed much more comfort with on numerous occasions—we see a projected income stream from age 66 to 100 of $98,112 per year.

Not bad given the risk profile of life insurance.

Here’s the table that details the policy in each year:

Now, this company has offered me the ability to look at the policy from a historical basis, by placing this policy through a set of assumptions that are not merely my selecting a given rate of interest, but actually historical performance given the index performance.

Looking at these interest rates as they actually happened in the past, instead of my flat 6%, we can see there is way more money left in the policy at age 100.

This indicates that our hypothetical policyholder could have taken much more money out as income than what I could safely project assuming the static 6% return.

Here’s the table detailing this:

So, what happens if I go back and use the default interest rate of 8.3% to derive my maximum income number and put it up against the historical interest rate assumption?

Here see for yourself:

How could the default rate, which is based on back-casting, not be supported by actual historical performance?

Because that assumed rate is focused only on cash value and not income scenarios.

As we’ve noted before, planning out your financial future isn’t just about rate of return.

There should be a much greater focus on the methods that go into figuring out what the default interest rate should be when designing and illustrating indexed universal life insurance.

In other words, your agent/broker should be able to provide some sort of justification for the illustrated interest rate they use to illustrate your policy.

Extrapolation can estimate values into the future, but when we hold too many variables constant and neglect their tendency to vary, we can draw very incorrect conclusions about what is likely to happen.

It’s worth noting that this is not a problem unique to indexed universal life insurance. Anytime we make assumptions based on a static rate of return that has the tendency to vary, we run the risk of giving our policy owner a false sense of security.

They could be setting themselves up to have a need to take a much higher withdrawal amount than would be safe to project. We always have to keep in mind that our clients are planning to use these policies as an integral part of their overall retirement income strategy.

This is real money that is being deployed for a specific purpose. The stakes are high.

But here’s the good news, the strategy of using IUL to create a nice income stream isn't flawed. I'm just saying that we have to be a bit more conservative in our approach to making projections.

Going back to the proposal software, I can adjust the assumed interest rate until I land on a constant assumed number that doesn’t run out of money before age 100, and for this product that happens to be 7.5%.

With 7.5% I generate $191,172 per year in income and I’d actually make it past age 100 without running out of money. Using 7.51% tells me I might want to rethink my strategy, so I’m happy with the understanding that I may be undershooting it a bit with 7.5%.

The Important Take Away

We have to be smart in our approach to projections and historical hypotheticals for all financial products and indexed universal life insurance is no exception.

We’re going to personally stick with an assumed number closer to 6% just to be on the safe side, and we’d encourage other agents and brokers to follow us in this. For consumers who are considering the use of indexed universal life insurance, be demanding of an explanation behind the logic that went into the assumed rate used in your proposal (or better yet, just contact us and we can be your broker).

Indexed universal life insurance certainly has a strong and unique attribute as it relates to being an option for retirement income, but there are a number of bad assumptions that are going into design and proposal that need to be tempered, and once that’s done everything will be just fine.